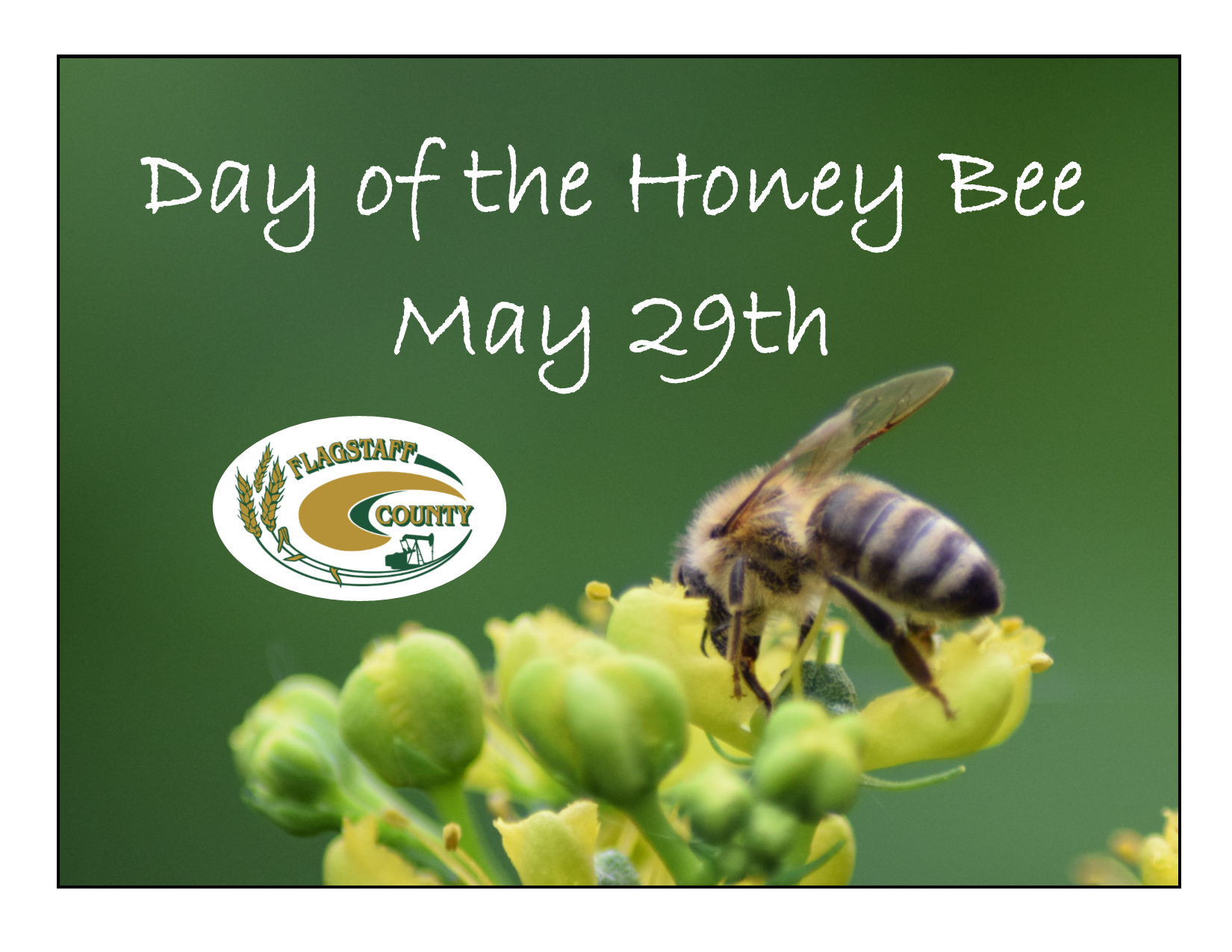 Happy Day of the Honey Bee!

As the world’s most important plant pollinator, the bee plays a critical role in our food system. In fact, a number of agricultural crops are almost totally dependent on honey bee pollination. Without bees, many fruits and seeds would not be produced.

Municipalities across Canada – including Flagstaff County – recognize the honey bee annually on May 29. Saskatoon beekeeper Clinton Shane Ekdahl first generated buzz for the Day of the Honey Bee in 2010 in the midst of an alarming drop in the bee population. Flagstaff County Council proclaimed the day in 2013 after receiving a letter from Ekdahl.