Flagstaff County has a rich history of Indigenous sites within our region. In fact, Flagstaff County gets its name from the region’s highest point, which the Cree referred to as Flag Hanging Hill. Legend has it that the hill, also known as Treaty Hill, was a popular gathering place for Indigenous people. It was also where Bishop Grandin met the Blackfoot and Cree, and forged peace between them. 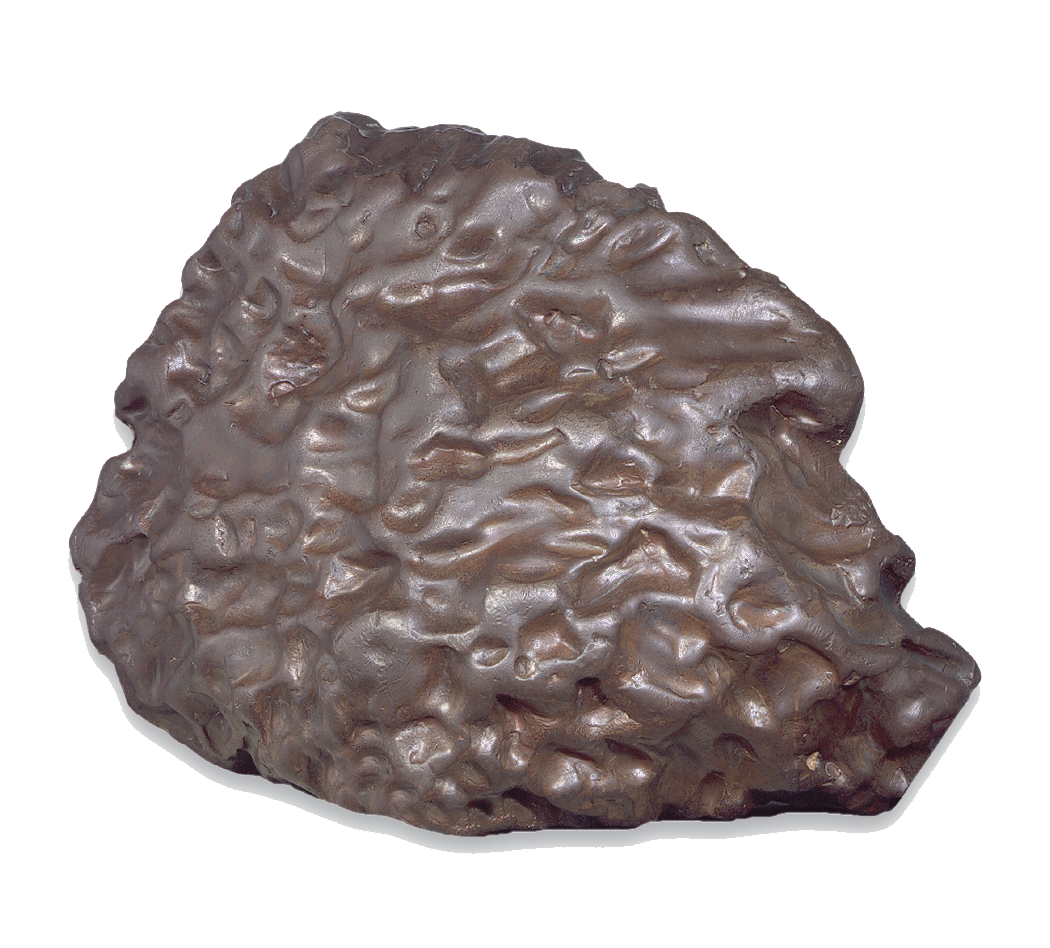 The Flagstaff Region was also home to Canada’s largest meteorite. Listed as weighing between 320 and 385 pounds, and measuring 50 to 60 cm in diameter, the Iron Creek Meteorite was located on a hilltop known as Strawstack Hill near the Iron Creek. The four-billion-year-old meteorite, also known as the Manitou Stone, consists mostly of pure iron. Early explorers noted that the ancient meteorite had great significance for the Indigenous in the region. Cree and Blackfoot made pilgrimages to it before bison hunts. The area around it became a gathering place for ceremonies. Tribal elders recognized its immense spiritual power, and felt it protected the people. The meteorite was removed sometime prior to 1869 by Methodist missionaries and placed at the Fort Victoria Mission near present-day Smoky Lake. After several relocations over the years, including Toronto, it is now housed in the Royal Alberta Museum in Edmonton. 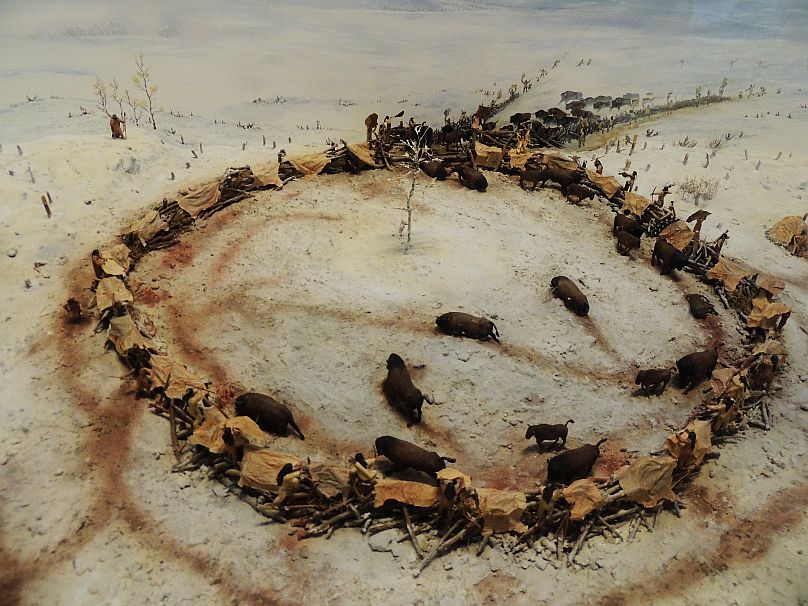 An archeological wonder, the Hardisty Bison Pound was discovered on the eastern edge of our County. Bison pounds were used as a common form of hunting on the Plains. Bison would have been herded into an enclosure (consisting of distinct landforms and a fence) to be slaughtered. In the case of the Hardisty Bison Pound, the Battle River valley and the surrounding hills combined to serve as a funnel for bison herds. Between 2008 and 2014, five separate archeological excavations took place at the Hardisty Bison Pound and an adjacent campsite. These two sites, located across the Battle River east of Hardisty, were excavated when discovered during construction at the Hardisty Terminal. Dates obtained from the site show that the latest and most intense occupation took place between 1,200 and 800 years ago. The site is of great interest because of the numerous rare artifacts present. There were 45,000 artifacts excavated, catalogued and stored at the Royal Alberta Museum from this find. 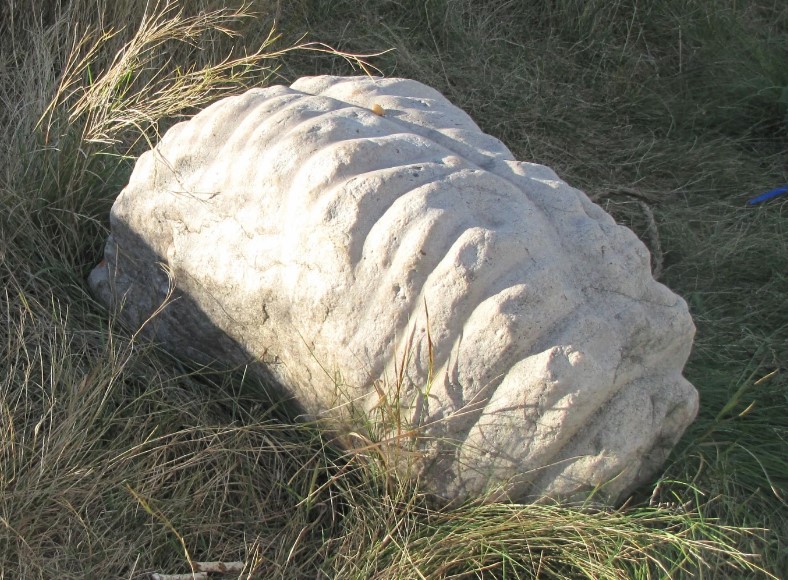 Located on the highest hilltop 15 miles to the northwest of Strawstack Hill south of Highway 14, are two quartzite boulders known as the Viking Ribstones. The ribstones were carved by ancient Indigenous people as a monument to Old Man Buffalo, the spirit protector of the buffalo herds. Indigenous people left offerings at ribstones for good luck in hunting and to give thanks for a successful hunt. Today, their descendants continue this practice with offerings of tobacco. Ribstone sites are very rare – only nine have been found in Alberta. The Viking Ribstones are especially significant as they are still in their original setting.

The Reeve starts each Council meeting with the following acknowledgement of Treaty 6 Territory: “I’d like to acknowledge that we are on Treaty 6 territory, a traditional meeting ground, gathering place, and travelling route to the Cree, Saulteaux (So-toe), Blackfoot, Métis, Dene (De-nay) and Nakota Sioux (Sue). We acknowledge all the many First Nations, Métis, and Inuit whose footsteps have marked these lands for centuries.”

There are 11 numbered treaties across Canada, with Treaties 6, 7 and 8 encompassing most of Alberta. The Treaties are constitutionally binding agreements between sovereign nations that set out the conditions for a peaceful alliance and the extinguishment of title from First Nations, from the Crown’s perspective. From the perspective of Indigenous people, treaties are built on an assumption of a respectful, cooperative and bilateral relationship between Indigenous and non-Indigenous peoples. Treaties outline the rights, benefits and obligations of the signing parties to each other. The treaties in Canada are between the Crown and signing First Nations and reflect the worldviews and understanding of identity of the signing peoples (First Nations treaties in Alberta: Treaty 6).

Treaty 6 covers the central-west portions of present-day Alberta and Saskatchewan. It was first signed on August 23, 1876 at Fort Carlton and on September 9, 1876 at Fort Pitt, Saskatchewan between the Crown, Cree, Chipewyan and Stoney nations. First Nations signatories to Treaty 6 were assured that they were agreeing to share the land and its resources rather than to completely surrender it to the Crown (First Nations treaties in Alberta: Treaty 6). An important step in reconciliation is the acknowledgment of traditional treaty land and recognition for people of the territory. Events, gatherings and meetings should all begin with a verbal acknowledgement (Indigenous Land Acknowledgements).

“Spanning generations, acknowledgement of the land is a traditional custom of Indigenous peoples when welcoming outsiders onto their land and into their homes. To build respectful relationships, acknowledging the land is an important part of reconciliation. It honours the authentic history of North America, its original people and tells the story of the creation of this country that has historically been missing.”