We’ve had one of the best falls in recent memory and most of the crop is harvested. There’s even time to get ahead of next spring’s work. Fertilizing in the fall can help cut down on spring work. So, what are the benefits of fall fertilizing? 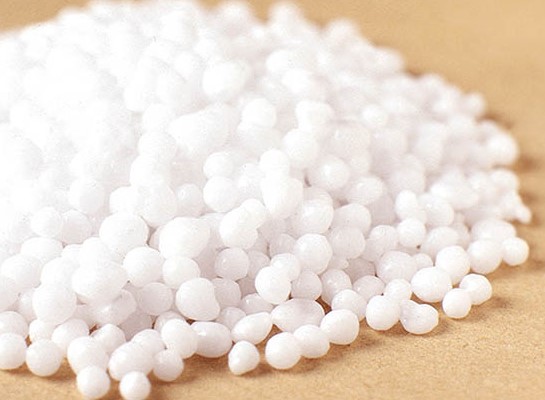 s the largest portion of the fertilizer applied, nitrogen is most often applied in the fall. Nitrogen fertilizer is frequently cheaper in the fall as demand is low and manufacturers are looking to free up some space and keep cash flows coming in. For the producer, it can help even out a bit of the workload, especially if you have to apply nitrogen in a separate pass prior to seeding.

There are risks associated with fall fertilizer application and the greatest one is the risk of denitrification. Nitrogen applied to the soil, in the fall, is rapidly converted to ammonium. In cold soils, the ammonium will stay in that form throughout the winter and then be converted to nitrate once soils warm up. Most of the nitrogen used by plants is taken up in the nitrate form. However, if soils are warm and are subject to spring flooding, anaerobic bacteria will actively breaking down the ammonium into nitrogen gas and nitrogen will be lost to the atmosphere. There is lower risk of this happening in light soils, such as the county has, but it still is a risk. In coarse soils, there is also the risk of leaching, where soil water moves the nitrogen out of the rooting zone, making it unavailable for plant growth.

Another consideration is soil temperature. If you are going to fall-apply nitrogen, do so when soil temperatures are lower than 7˚ C. Once soils are that cold, the process of denitrification will be slowed or stopped. If applied too early, most of the ammonium will be converted to nitrate and be subject to either denitrification or leaching.

Banding fertilizer also slows the conversion of the fertilizer to ammonium and then to nitrate.  Under dry, cold conditions, with little or no field flooding in the spring, fall fertilizer banding can be as effective as spring banding of nitrogen. Do not try to fall broadcast nitrogen without incorporation, as that is asking for major losses of nitrogen prior to spring seeding.

In summary, fall banding of nitrogen can work well in cool, well-drained, dry soils in the fall, and save you time in the spring. If you have poorly drained soils that are saturated in the spring, then fall nitrogen application is probably not a good investment. Definitely, you should only band the nitrogen, not broadcast. Consider only applying 75% of the nitrogen to hedge your bets against winter losses, low spring moisture or low crop prices that can change your fertilizer budget. Think of fall nitrogen application as another useful tool to be used when conditions and prices make it worth your while.